You could hear a pin drop: 'Free Energy'? 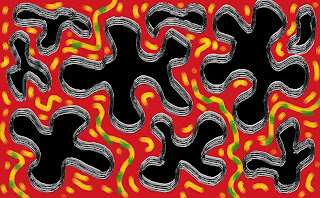 "Interacting copper and Hydrogen"
Are you an investor? Well, this is serious stuff, and you ought to pay attention. If it's for real - and I give it a 30% chance that it is - you will not have long to act. Once the main media get hold of it, you won't be at the forefront of the wave.
I bring to your attention the murmurings in the shadowy world of 'cold fusion', or whatever it is the Defkalion company is up to. There is presently in an eerie lull in what is usually a lively output of information. Everybody 'in the know' are waiting. As yesterdays article in Wired Magazine article says about Dekalion:
"...What we do know is that according to the test protocol, one live and one inert Hyperion will be tested side by side for 48 hours, with the inert machine acting as a control. Then the active component will be removed from the live and placed in the inert one, and the test will be run again, so the complete test will take a minimum of four days.

Defkalion has confirmed that the tests will start on 24 February. According to Sterling Allan of Peswiki, who visited Defkalion a couple of weeks ago, the first round of tests will be carried out by a Greek government organisation...."

You could hear a pin drop. Not a peep from Defkalion on the web in days, which is highly unusual. It is now the 28th, and according to this article, the tests representatives with the Greek government may be concluded today - unless they took a break during the weekend. Depending on the caginess of the Greek authorities, and if a report is forthcoming to the media, we ought to know if something substantial is going on.
If the report provides a positive outcome, I seriously would consider adjusting your portfolio accordingly. Here are some off-the-cuff speculations:
Posted by Goodfellow at 6:53 AM