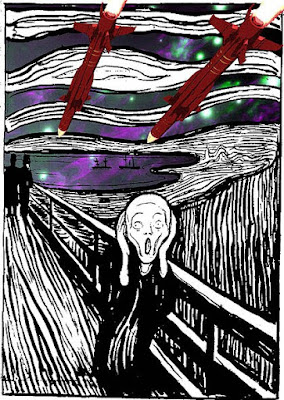 "General Sickles, this is in some respects higher ground than that to the rear, but there is still higher in front of you, and if you keep on advancing you will find constantly higher ground all the way to the mountains."
-Major General George Meade, Commanding the Army of the Potomac, July 2, 1863

"Space elevator" ...since Google Alert became available, I have been informed whenever someone comments on this topic, providing they publish it on the web. In all that time I have never come across the obvious, darker side as to why the space elevator will be an imperative to powerful nations that are continually seeking a strategic advantage over their perceived adversaries.

When the Soviets launched Sputnik in the late 50's, the the United States was aghast, realizing only then that a perceived enemy was on their way to taking the strategic and military high ground.
Although it seems obvious to many individuals, perhaps I ought to elucidate: "High ground" in a military sense in very advantageous, because your opponent has to climb out of the gravity well in order to engage you, whereas you have the advantage of utilizing the gravity well against your opponent. In other words, it's easier to chuck a spear down hill, rather than uphill. The more resources you have available on the high ground, the greater are your chances of success.

Of course, the outcome of the Sputnik story is history. The US was galvanized out of its strategic torpor and beat the Soviets by putting a man on the moon before they did. As the space age progressed, both sides realized something significant: It would take a ruinous amount of resources to place and maintain orbital nuclear weapons outside Earth's gravity well. Both sides resolved the issue by banning weapons in space, included in the Partial Test Ban Treaty and the Comprehensive Nuclear-Test-Ban Treaty. Besides, ballistic missiles lobbed in sub-orbital fashion was - and remains - an effective nuclear deterrent, minimizing the need for 'higher ground'.

Welcome to the dawning age of the space elevator.
Conceived in 1895, a Russian scientist named Konstantin Tsiolkovsky was inspired by the Eiffel Tower in Paris to consider a tower that reached all the way into space. He noted that a mass significant enough in size orbiting Earth in a geostationary manner, attached to the Earth at the equator in some fashion would make it possible to literally hoist people and material up and down, out of Earth's gravity well and into space - a modern-day Jacob's Ladder.

Fast-forward to present day, and we find ourselves on the cusp of realizing the space elevator may soon be a reality. Technological advances in carbon fiber research allow for strands as hard as diamond, making possible the magic 'rope' needed to affix satellite to Earth.

Since I started monitoring "space elevator" comments on the web, there has been marked increase in the chatter on the subject. The topic is slowly becoming part of common shared consciousness, making it ever more probable that it is an issue that will come to the forefront in the foreseeable future.

Were a single nation-state to take upon itself the task of building a space elevator, competing states ought to sit up and pay close attention: The 'higher ground' paradigm will be reborn, because it takes significantly less resources to hoist men and materials out of the gravity well than the present practice of putting objects and men aloft in chemical rockets. The implications ought to be obvious. Unlimited quantities of resources placed outside the Earth's gravity will afford a huge strategic and military advantage to the nation-state that builds the space elevator.

Perhaps the only sane approach would be an international effort, securing the means of lift out of Earth's gravity well for all nations. It ought to be easy to place under monitoring restraint, affording everyone access to space.

Of course there is the caveat that, once a given nation state has enough resources in space, who knows what they'll do with it?
Posted by Goodfellow at 7:57 AM