Why nuking the Sun is a very bad idea

Letter to the future, 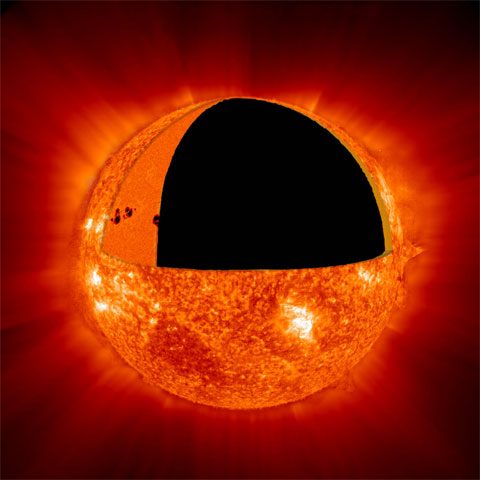 "The Sun is NOT s bowling ball. It's a balloon"

Please note that this document - written in December of 2009 - was created before anyone came up with the stupid idea of nuking the Sun.
If you need proof of this, please go to archive.org and check on the voracity of this statement. Consequently, this is plainly a proactive document, not a sensationalist reactive attempt to play upon peoples fears.
The preemptive date should give you pause for thought, and let it be noted that the author wrote the following because it is the nature of Mankind to try everything that has never been tried and while usually comfortable with this philosophy, this is the one case where it is a very, very bad idea.

Please note that you are reading this precisely because no one has ever launched a nuclear warhead at the Sun, and should some government or institution ever take it upon themselves to enable such an insane project, then

You have no choice other than to stop them!

Should you fail to do so, then you and everybody you know, and the whole Human Race, and all the animals and plants that dwell upon the surface of planet -

Are all going to die!

The government or institution that dreams this insane project up will consist of learned scientists who will claim they know how the Sun functions.
They do not.
If they did, they would never dream of performing such a foolishly irresponsible act. Unfortunately, complacent arrogance is the lot of institutionalized scientific endeavor and it is this which makes it so dangerous. They will smirk at any arguments associated with the danger involved in what they wish to attempt and will claim that these arguments are not on a sound scientific footing.
For this reason, I will make a running start at the observational contradictions that pertain to the solar hydrogen fusion core theory.

The danger lies in the fact that the vast majority of solar physicists are convinced that the Sun is a large gas ball, getting ever denser towards its center. Upon such an object, little or no effect would be discerned were one to trigger a nuclear blast.
But what if the Sun's mass is distributed in a thin shell? Upon such a body, a pin-point nuclear blast could have disastrous effects.

The scientists who will forward a project as dangerous as this, will have learned their trade by rote and will be little more than glorified priests, smug in their myopic knowledge, a circular reasoning founded on shaky assumptions. Their air of authority will impress those who are able to secure the resources necessary to make their deadly project a reality, and it will be your duty to convince these people of power that the so-called scientists should not be allowed to proceed with their hair-brained venture.

Let us say for the sake of argument that their assumptions about the nature of the Sun have a 90% chance of accuracy. 10% error? Would YOU take such a gamble with your life? Would you allow everyone on Earth to take that chance?

The horrible reality is that the chance of their assumptions being correct are zero.

Here then, are some basic contradictions in the hydrogen fusion core theory that make it so patently absurd:

If any of these items give you the slightest pause for thought, that PERHAPS these scientists don't know quite as much about what's going on with the Sun as they think they do,

Then they have no business putting our planet at risk
by launching a nuclear warhead at the Sun!

You MUST do everything in your power to STOP THEM!
- Or you will DIE! -