A primer: Defkalion and Rossi and the strange tale of unlimited free, clean energy 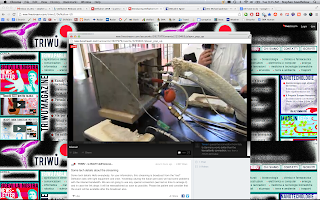 Of course, like everyone else, I knew about the debunked "Cold Fusion" debacle by Fleischmann–Pons and have thought nothing of it for years, only occasionally glancing at various fringe articles that would barely illicit a yawn from me before clicking on to greener webby pastures.
Then, a couple of years ago my news sources kept pestering me with persistent fringey articles about a shady Italian guy called Andrea Rossi who claimed he was running a functional LENR reactor (Low Energy Nuclear Reactions). Rossi was claiming his device, which he called an "E-cat", (short for energy Catalyzer  - was putting out energy and sustaining itself, something that hot fusion scientists have been attempting to do for the past fifty years.
Some desktop contraption that ran on nickel and hydrogen? Ridiculous. Snorting in disbelief, I dismissed this charlatan who apparently had a brush with the law in the past, for environmental pollution created with some shady pseudo clean-up technology. I forgot about it again.
But Andrea Rossi's name kept popping up on the web, in blogs, gathering ever more faithful followers - some of whom seemed surprisingly lucid. I put it down to wishful mass delusion or quackery.
Then Andrea Rossi got together with a Greek company called Defkalion Green Technologies for some purpose or another; whatever they were doing didn't work out; Rossi and Defkalion parted company.

Now, this is where I found myself raising an eyebrow; rather than the Defkalion company continuing on their merry way, doing whatever they were doing before they were associated with Rossi, they were suddenly dabbling with some kind of LENR technology, claiming absurd energy output parameters, very much like Andrea Rossi. This was getting weird and I started paying more attention.

Rossi's company moved from Italy to the US, and Defkalion pulled up roots and moved to Canada. Rossi, ever the non-stop-run-of-the-mouth entertainer, did all he unintentionally could to make LENR seem absurd - except of occasionally running new versions of his device in front of seemingly sane people and sending them away scratching their heads.

Then, in May 2013, Rossi's company presented his E-cat device for a group of scientists from the University of Uppsala (Sweden), running the E-cat, supposedly sustaining high energy output without an external source of power -  and to my astonishment, the observers publish their results - and they were favorable.

On July 23rd 2013, in conjunction with a conference on cold fusion, Defkalion demonstrated their Hyperion device with live streaming video, watched by over a thousand individuals, including myself. This was performed with a neutral and qualified observer present, who placed his report online - again favorable.

From my own subjective point of view, this prompts several questions that I feel need answering, and if you have not heard of this extraordinary subject before, it might be of use to the reader:
This is a fast developing story, and what is written here will be history in mere weeks. I have placed some links below, pro and con that may help you determine if this is whole escapade is a hoax or some kind of mass delusion, or if society is on the cusp of a radical paradigm shift.

Interesting comments about the patent application vis'a'vis cageyness over tests. I deduced this ...

"A scientist who is not willing to change their scientific understanding in the face of "impossible" results will ALWAYS fail the technology and call it a fraud, however convincing and perfect the test."